In the Aftermath of Catastrophe

Most of us seem to getting back to life more or less as usual, while watching the further developments of the investigation into the Marathon terrorist incident and noting the remarkable spirits of those recovering from injury.  Yet, all it takes is a walk through Copley Square, or a news item such as the one indicating that the attack might otherwise have occurred at the July 4 concert, to bring back memories of how that day unfolded and transformed an occasion of joy to one of horror.

Some of us will react in a stronger and more prolonged way than others.  Post-Traumatic Stress is a term coined in the aftermath of the Vietnam war, when some veterans, years afterward, continued to react as if they were in the midst of combat.  (Such syndromes were previously called “battle fatigue,” “shell shock,” etc.)  Clinicians later realized that they saw a similar constellation of symptoms among people who had endured or witnessed traumatic or abusive experiences in childhood.  Post-traumatic features include:

For some or possibly most people, these phenomena begin to fade within a month or so.  For others, they may persist, or even surface years later.  As you might expect, the condition is generally more severe when the traumatizing circumstances continue over time, e.g., a child whose sexual abuse went on for years, or a solder in continuous combat for months or years.  Although we are currently dealing with the events of one day (or a week, depending on how you look at it), we are also dealing with echoes of other attacks dating back at least to 9/11, and with our sense of not knowing what to expect next, and when.

We are also grieving for those whose lives were lost.  Most of us did not know them, but it feels now as if they are part of our extended family.  You have probably heard of the so-called “stages of grief” (which in reality vary greatly among people): denial, anger/guilt, sadness/despair, acceptance and hope.  Acceptance are hope are hard to find, yet ultimately there is no other healthy choice.

Both post-traumatic and grief reactions are normal in the short run.  They become clinical concerns when they persist over a period of months or years, or if they severely interfere with daily functioning.  Even normal reactions, however, frequently cannot be handled solely through avoidance or “stiff upper lip.”  Most of us need to talk to each other repeatedly about what we’ve experienced and how we feel about it.  But different people make their way through this process at different rates of speed; they should be invited but not forced to talk, and their feelings should be heard and accepted, not judged or “fixed.”  And not everyone is ready to listen, either.

We have seen on many occasions that trauma and loss can actually bring about some positive results, and, as the President and others have noted, that was evident in Boston right away.  Our confidence to face any challenge has been bolstered.  Our values may turn away from the superficial and toward what is truly important.  We may better appreciate our friends and family and realize that we are “all in this together.”  Perhaps we more fully experience and appreciate each day.  Finally, the aftermath of a catastrophe may actually help us finding meaning in what we choose to do, personally and in our profession.  May we all find new perspective and inspiration. 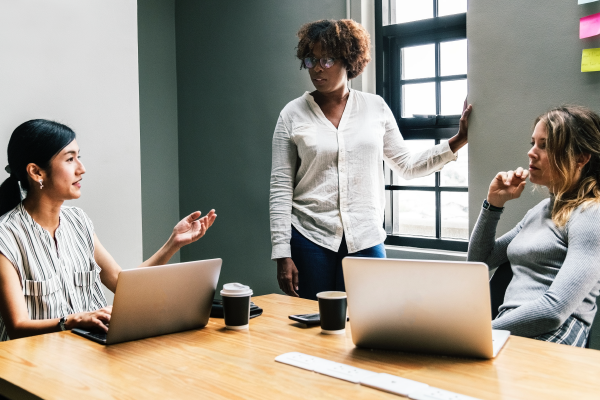