The one time when simplifying something will hurt you: System 1 vs System 2 Thinking

Advice like “Don’t make too much of it,” “don’t overthink it,” “Simplify your life,” and “Keep it Simple Stupid” are generally good things to keep in mind. However, there are times when making things more difficult can actually help you think better. There is a theory that says we have two ways of thinking: a quick, easy, intuitive way based on emotions (System 1) and a more calculated, deliberate way based on logic (System 2). Many times we make decisions and based on familiarity or intuition. If you have ever tried to proofread something you have written you may know the difficulty in finding an error in something so familiar. This is because when our brains think that something is familiar, we naturally want to process it quickly and come to a conclusion. For example, read the sentence below.

Did you catch the error? If you did not catch the error, it is because you were familiar with the phrase and your brain found it to be a simple task, and hence rushed through it and missed the error. Another example is the following task. Count how many times the letter F appears in the following sentence:

Finished files are the result of years of scientific study combined with the experience of years.

If you read it quickly you might have counted 3 F’s, however, there are actually 6 F’s in the sentence. Many think that our brains have trouble processing the word “of” because the “f” sounds like a “v”. But the point of these exercises is to demonstrate that our brains often make common mistakes when we think a task is easy. Our brains take shortcuts, almost involuntarily, in order to process the demand quickly (System 1 thinking).  This is efficient at times but can also result in mistakes. However, when we think a task is difficult and requires effortful mental activity, we use a more voluntary, logical process that takes longer (System 2 thinking). If we think the task is easy, our brains jump to the conclusion that seems likely. If we think the task is difficult, we exert more effort and calculation to arrive at a thoughtful conclusion.

So how do we put this into practice? The sentence above, try scanning the sentence backwards only looking for the letter F. While counting letters might not come up very often in your daily life, proofreading something you wrote does. Most of us will miss errors in things that we wrote because they are so familiar to us. We know what we were trying to say, so our brains will read it as if it actually says it. This is why it is a good idea to have another person as your proofreader. But if you have to proofread your own work, try changing the font to something unfamiliar so that your brain has to work at decoding each word. This will activate your System 2 thinking and will help catch errors that you would normally miss.

So the next time you are doing a routine task that might result in missing some errors, make it more difficult for yourself and use your brain to your advantage. 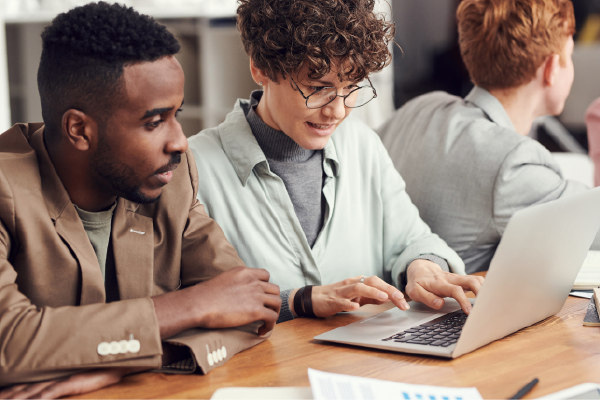