We think in words — often without thinking about the words as we choose them. Start focusing more on your words to harness your own power.

Words shape our thoughts. Wait, but why? Tim Urban brilliantly simplifies the complex evolution through which human brains developed words, and the impact they’ve had on the transfer of knowledge in this post he wrote after receiving a call from Elon Musk about his plans to build a wizard hat for the human brain.

As humans in 2019, we routinely process our feelings in words. We often feel relief from painful feelings just by labeling the emotion partially because it connects us to experiences shared by other humans. By design and definition, words communicate meaning — even when we aren’t conscious of it happening. And often as lawyers, your legal work requires your brain to think in terms that don’t set up helpful thought patterns for our personal feelings.

In our language-trained brains, the words we choose to use impacts how we continue to think and feel about ourselves, our environments, and our opportunities within them. The words we use to describe something can either encourage us to think rigidly about that thing or to identify alternative ways of looking at that thing. One example of this is the impact of descriptors on our capacity for creative problem solving. In a study by Harvard’s first female tenured professor and mother of positive psychology, Dr. Ellen Langer examined mental sets (or mindlessness as she describes it), and found participants’ ability to solve a problem was greatly influenced by how their resources were described. When an object in a list of resources was described in terms of “this is a dog’s chew toy”, the participants had difficulty seeing it in any other way (this is known as functional fixedness). However, when an object was described in terms of “this could be a dog’s chew toy”, the participants were able to see it in a variety of ways and hence encouraged creative problem solving (and used it as an eraser).

PRO TIP! If you have power in an environment where words are being used unintentionally and not inclusively — do what the humans at Hotjar did about the new 4-letter word they’re trying to avoid.

Mental sets are rigid ways of thinking about something (e.g., an object, a solution to a problem), usually tied to expectations that previous experiences will be repeated. If I think that “the way to deal with my boss when she is angry is to remain quiet and let the storm pass” because that’s what I did last time, then I am more likely to think that my previous solution is the only way to approach that issue. Further, if I label my boss’s mood as “angry” based on my limited observations without leaving space in my language for the possibility that I’m wrong about her mood — thoughts about my previous experience with her angry mood will dictate my actions to proceed according to past precedent.

The simple change of a couple of words can be enough to help you see yourself, your resources, or your situation in a new way. Consider how often you describe something using the word is (“This is going to be a tough meeting,” or “My boss is going to criticize my work on this.”). In using an absolute term, you prime your brain to look for and notice evidence to support your theory.

If a rough start leads you to think “this is going to be a bad day,” your brain processes it as the only option for your day, and it will find evidence to support that claim. When you trade out the certainty of “is going to be” to “could be” you allow yourself to think of your day more open-mindedly, acknowledging that other outcomes are possible. Using absolute terms/statements might seem more confident and decisive (confidently stating that something “is”) and using conditional statements might seem unconfident and indecisive (being unsure what something is), but the likely outcome is that absolute terms /statements are often times restricting. The restriction is often felt in the area of seeing possibilities and being creative.

So when is an absolute statement most helpful? When you have considered the various options, found the one that works the best for the situation, and are deciding on what to do. At some point, a final decision needs to be made: “This is what I am going to do to improve my morning.”

Simply saying that an item “could be” something automatically makes our minds think of what else it could be. If you notice a pattern of feeling stuck in a problem, or a pattern of things going poorly in general, I would encourage you to try to experiment with replacing “is” (or a similar absolute term) with “could be”.

Finally — Lawyers and Law Students in Massachusetts can schedule a free & confidential consultation with one of our clinicians: More Here.

This post was updated from a September 2014 post by Shawn Healy, PhD titled “Words Have Power: How your choice of words can impact your thinking and problem solving,” which now redirects here. 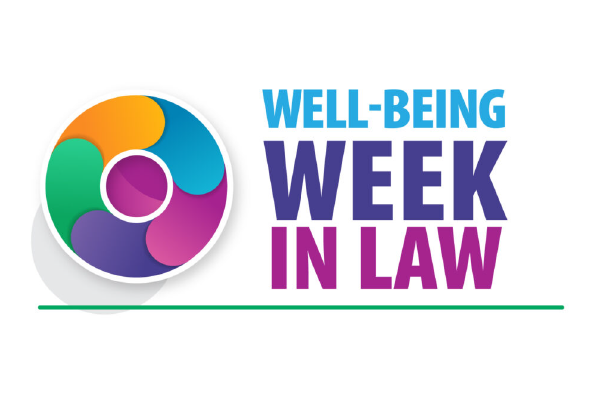 Countdown to Well-Being Week in Law 2022: Event Schedule for May 2nd – 6th