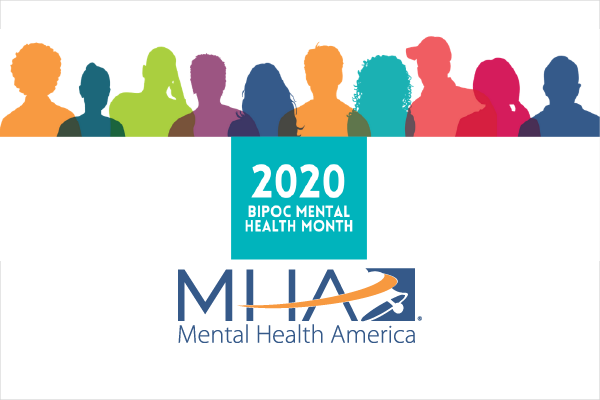 The way we talk about things can often influence the way we think about them. In the field of mental health, we are familiar with “person first” language. This is language that prioritizes the identity of individuals as human beings with unique experiences and identities over their mental health status. For example, we avoid describing people as “schizophrenics” and instead refer to them as “people with schizophrenia.”

This concept can be carried out as well in the way we refer to BIPOC (Black, Indigenous, and People of Color). The continued use of “minority or marginalized” sets up BIPOC communities in terms of their quantity instead of their quality and removes their personhood. …

The word “minority” also emphasizes the power differential between “majority” and “minority” groups and can make BIPOC feel as though “minority” is synonymous with inferiority. Though “minority” and “marginalized” may continue to be used in academic spaces, the words the mental health community uses need to change in order to help communities understand how these terms create and perpetuate negative images and stereotypes of individuals that identify as BIPOC.

This month was first recognized in 2008 as Bebe Moore Campbell National Minority Mental Health Awareness Month to promote awareness about the unique struggles faced by oppressed groups in dealing with mental health in the United States. “Bebe Moore Campbell was an American author, journalist, teacher, and mental health advocate who worked tirelessly to shed light on the mental health needs of the Black community and other underrepresented communities,” from the MHA website.

A recent post on our blog covers more on racial trauma and resources for support. Apart from trauma, the revolving demand placed on members of oppressed groups to prove their abilities over and over again creates a burden that can cause burnout, while white people unfairly enjoy faster positive impressions on their reputations. Also contributing professional burnout is racial battle fatigue, a term coined by Professor William A. Smith to describe the cumulative effect of what are often referred to as ‘microagressions,’ a term that understates the real impact of the experiences.

We remind those of us who benefit from white privilege that racial disparities are our problem to fix — in educator Dwayne Reed‘s recent words, “White supremacy won’t die until White people see it as a White issue they need to solve rather than a Black issue they need to empathize with.” Find how to start with the 21-Day Racial Equity Habit-Building Challenge created by Dr. Eddie Moore, Jr. originally for the Bar Association of San Francisco.

Leaders of organizations are responsible for supporting the mental health of employees who are Black and members of other oppressed groups. Listening as individuals is key to knowing how to improve, as Angela Neal-Barnett explains here for the Harvard Business Review, emphasizing the need to provide safe spaces and counseling and commit to real antiracist action.

Finally, I want to include a quick note as a white person for other white people to avoid overusing the abbreviation BIPOC when we should take the time to speak the full names of these most oppressed groups. The abbreviation can be useful, but also harmful itself if overused.

As Massachusetts moves through phases of reopening and Covid-19 spikes across the nation, find resources…

The Massachusetts SJC has formally announced a new Standing Committee on Lawyer Well-Being, which will…

Too often, individuals in the legal profession struggle privately with mental health concerns because of…